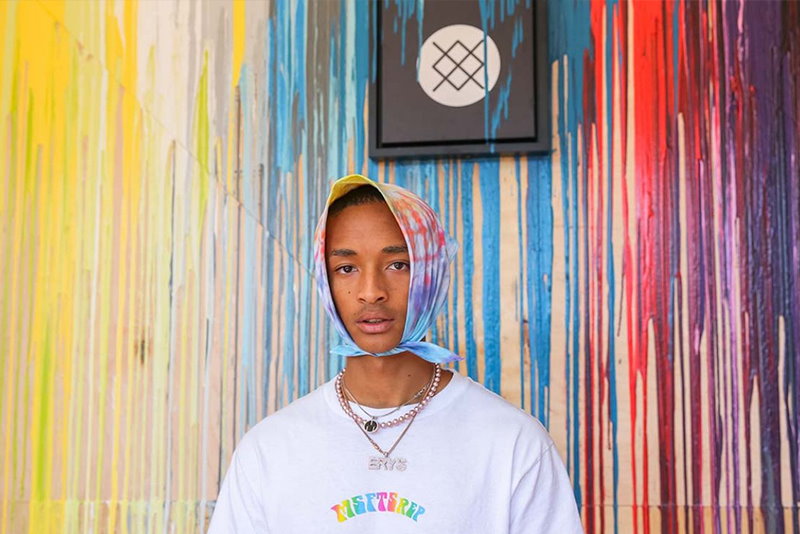 The 21 year old actor and musician Jaden Smith,  wunderkind and son to Will Smith, teamed with fashion brand Stance for a new pop-up Store  in Los Angeles. Hand-picked STANCE socks, t-shirts and underwear are presented next to the latest drops out of Jaden Smith’s fashion brand MSFTSrep.

Smith teased the Stance x Jaden Smith boutique’s address on Instagram Stories on Thursday, Aug. 29. Soon after, he rolled up in a hot pink Tesla Model X and greeted a line of eager fans (he boasts over 13 million followers on Instagram alone) who were waiting to get their hands on his latest collection. His brand new fashion line “Trippy Summer”  is inspired by the bright colors and the spirit of legendary music festivals such as Coachella or Woodstock. Jaden himself describes the style as “colourfulness, tie-dye, and just free spirit ‘flower power’ type of vibes.”

The shop offers a selection of Stance’s women’s, men’s and kids socks in the label’s signature playful patterns and solid including collaborations with the NBA (Stance was previously its on-court sock), MLB, Kid Cudi and Disney. Also on offer are women’s and men’s tees, underwear and accessories, such as boxers and shirts in the brand’s sustainable Butter Blend fabric.

“My family has been a part of Stance for a long time,” says Smith. Stance’s history of teaming with the Smiths includes the previous release of a five-pair Fresh Prince of Bel-Air collection and tapping Willow Smith to design exclusive sock. There’s potentially more in store from Smith and Stance. While sporting Stance socks that he personally tie-dyed blue and purple, the 21-year-old designer teased that his DIY project is “something custom that we’ve been trying to test, so a little something-something [might be] happening.”

“The store wasn’t so much about selling merch or a product as it was [about drawing] more attention to these big ideas of homelessness and sustainability,” Jeff Kearl, CEO and Chairman of Stance, tells THR (Magazine: The Hollywood Reporter). “If we can put a pop-up in place that causes people in L.A. [to see] an example of a young person who’s making a big difference in the world, and if we as a brand can help propel that forward, then we’ve done something good.” 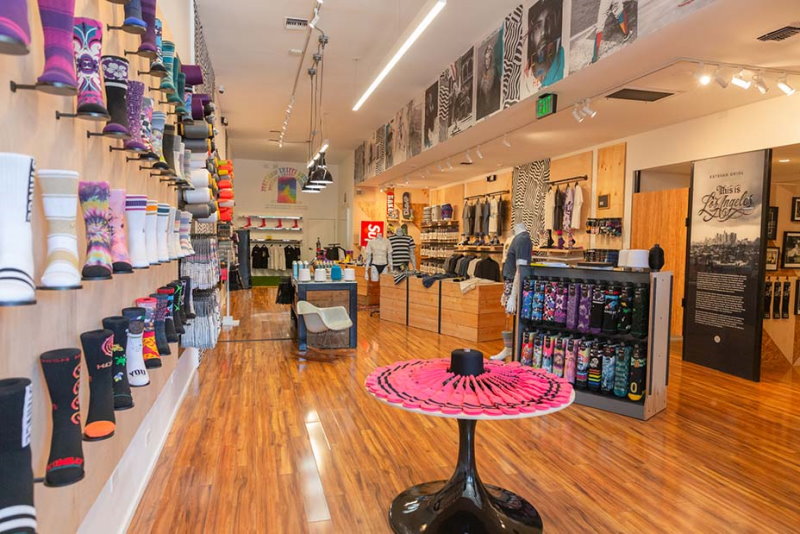